The main menu of the game is shown in a bedroom aboard a spaceship. This is the first area you'll see when launching the game.

From here you can now load and start new games based on a 3-slot system.

During a game, it will automatically save at certain intervals and also when you quit - so there's no real save file management here. I've made it like this to keep things simple for a VR user. 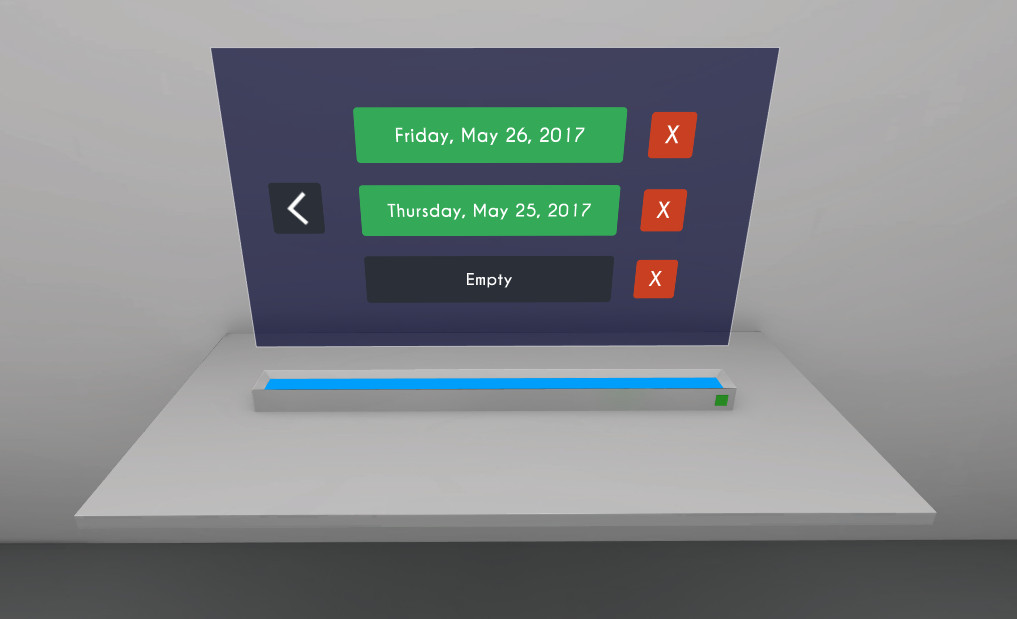 Writing an efficient saving system took a lot of manual coding (save this that and this on a ship/building, and so on) but the results so far are instantaneous saves that should not interrupt gameplay.

Oxygen has now be removed as a resource - the role it had was too similar to water. Additionally the only planet that made sense to have abundance of it was Earth.

We have a new resource instead, Energy (or energy producing fuels). 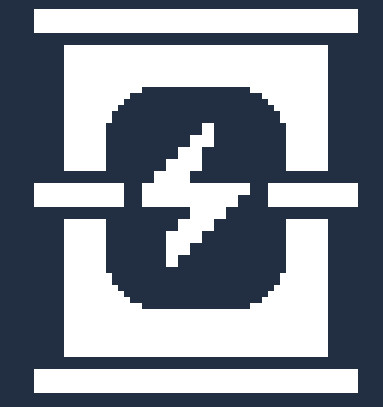 With this we have a new supplier building - a Nuclear Power Plant. These satisfy Earth's initial energy demands. 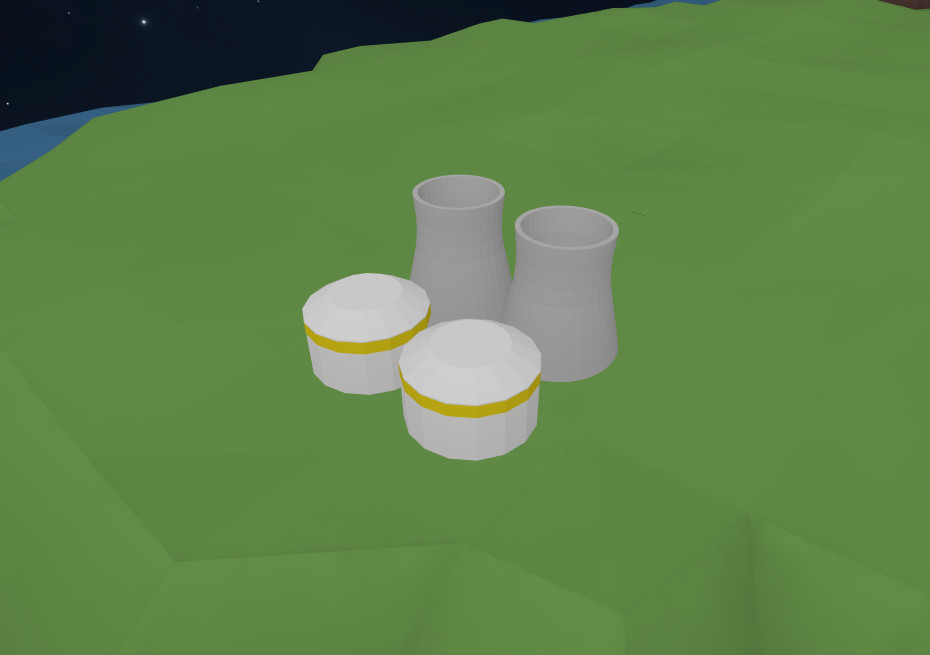 We now have 3 core resources - Water, Metal, and Energy. These resources are necessary for cities to maintain and grow their population.

This information is now shown above cities: 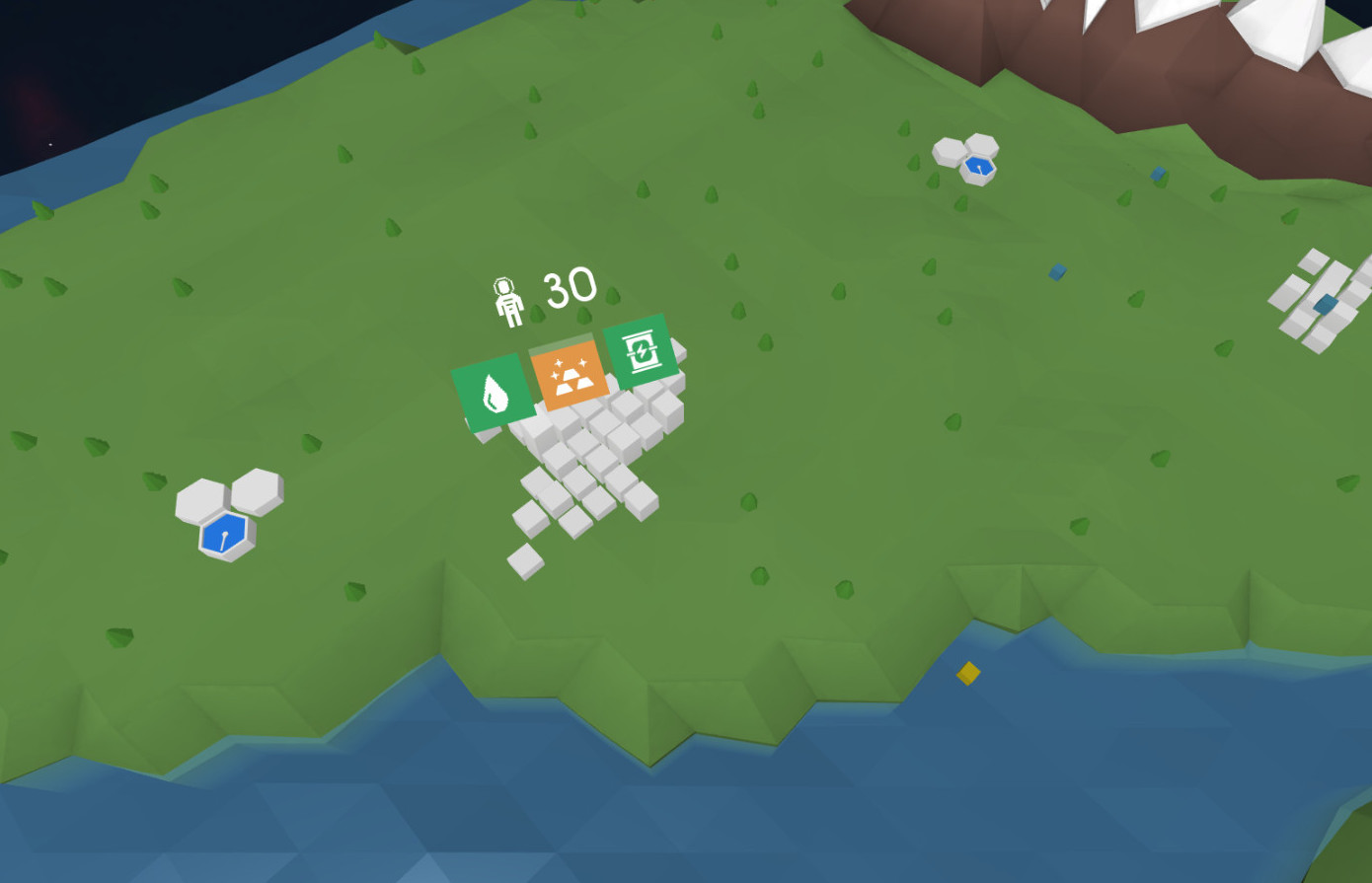 As you can see above, Earth cities will have a shortage of metal in the near future. This happens in the beginning of the game and in order to keep these cities productive, the player will have to start shipping in Metal from Mars.

A new ship has been added of Venus origin. The Lifesaver is a unique ship as it carries both water and energy in small amounts but makes up for its capacity with high travel speed. 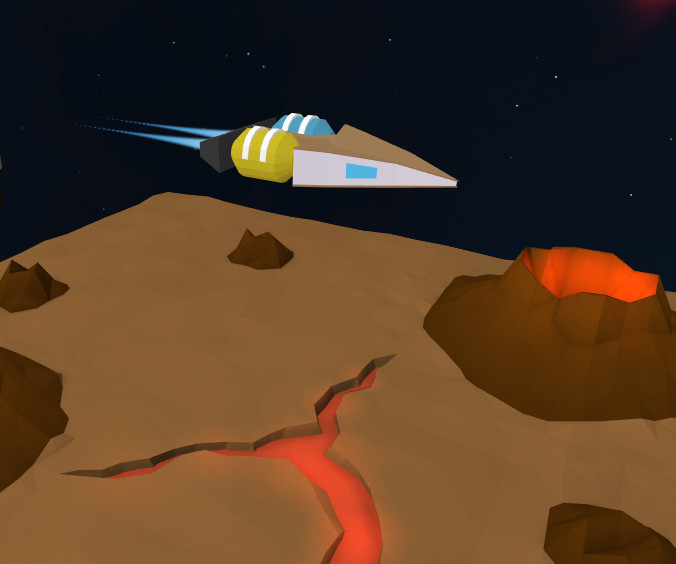 Finally we have some cool tunes in the game now - courtesy of SBeast.

The game is edging closer to an Early Access release. However, the main issue left to tackle right now is the initial gameplay balance. Over the next couple of weeks I'll be focusing on getting the numbers right and making quality of life changes.

It has been a while since the last post. This one will be covering a few more things than…