Flat Worlds is now on the Steam Greenlight. It is a space transport game built for VR.

You can view a teaser video here: https://youtu.be/3egkL6sN1LA

Cool gif huh? That's what's used to attract people as they go through the sea of games awaiting to be Greenlit.

At first I made this: 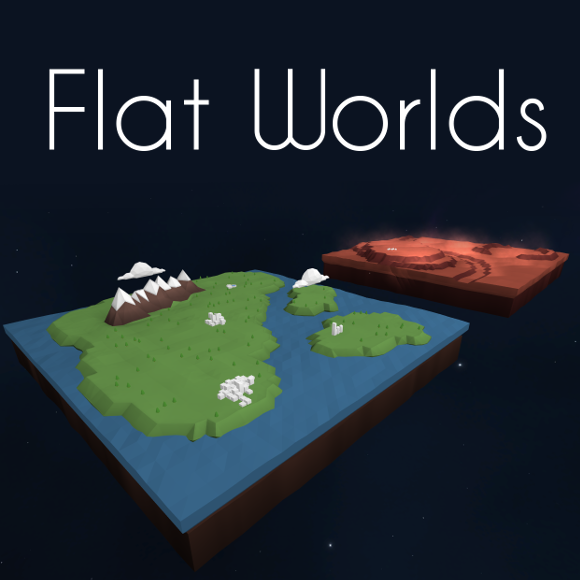 Had a look around at other greenlight games and saw all those flashy gifs used as cover images.

Now I wanted one too.

A lot of them though, were a bit in-your-face. I wanted to do something a bit more tasteful and subtle.

Then I had a thought - wouldn't it be nice if just the clouds moved?

I'm no GIF expert, but I knew to get those clouds moving, I needed to start by recording a video off the game. Luckily I had just used OBS (https://obsproject.com/) to record the VR demo used in the teaser video.

OBS also allows you to record part of a window on your desktop. So I fire up Unity, and create a video out of the scene editor view. 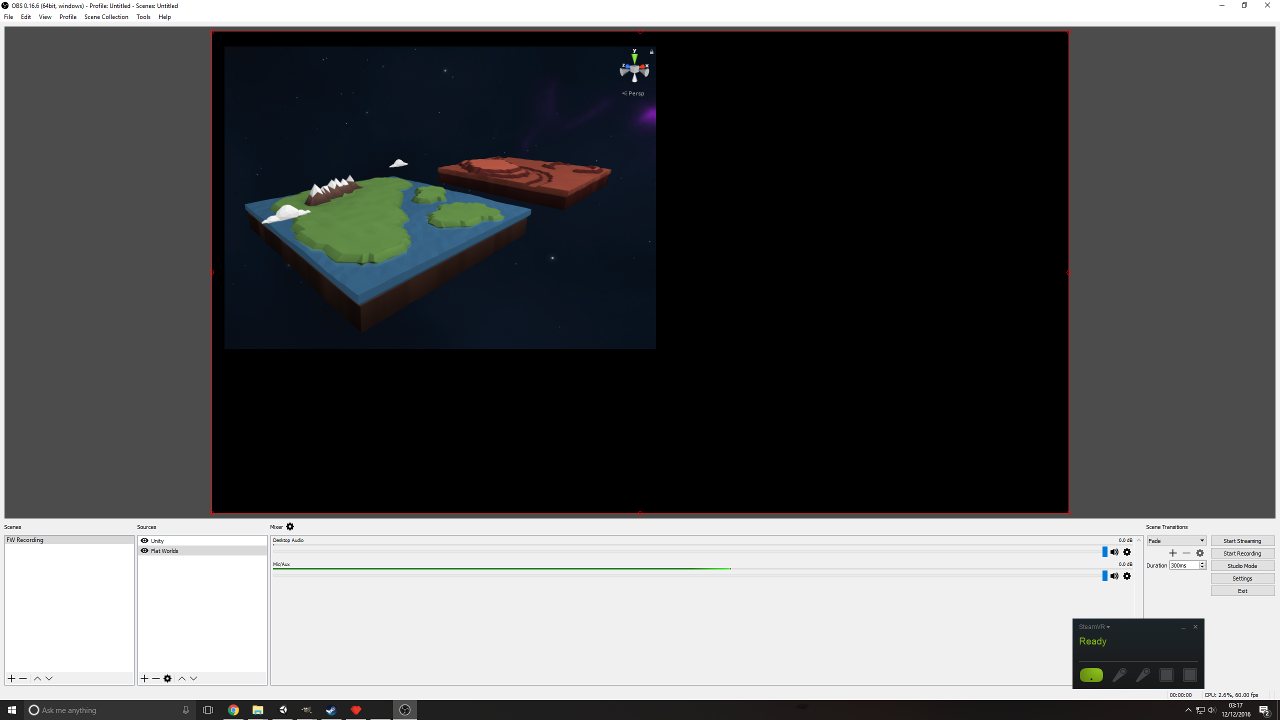 I could have placed a camera in the game, ran the game, captured the footage using ShadowPlay to get something better quality, but who has time for that. It was going to end up being a tiny gif anyways.

So I have my video - I needed to convert it to a gif. Luckily if you type in to Google: 'video to gif', you get http://ezgif.com/ as a first result, a great site that did exactly what I needed. So I create the gif, slap some text on it, and end up with a 20MB file. Steam only allows you to upload an image less than 1MB for this branding image slot.

Using ezgif, I applied lossy compression, colour reduction, and transparency optimisations, ending up at around 900KB. It took its toll but I was comforted by the fact that this gif would show up small on Steam, although I just noticed that the back cloud ghosts slightly as it hums along. It has a lot of frames, frames that I could have removed to achieve the same target, but I needed to keep those frames to keep the cloud movement smooth and allow it to wrap around the planet (to stop a sudden jerk).

I'm pretty happy with the result - if you look carefully you can also catch the water swaying which is nice.

Sorry for the imperfect loop.

Flat Worlds got Greenlit! Thank you to all that voted for it. An Early Access release is aimed for…

After some thought (and playing), I have decided to no longer make the game endless. The goal is now…