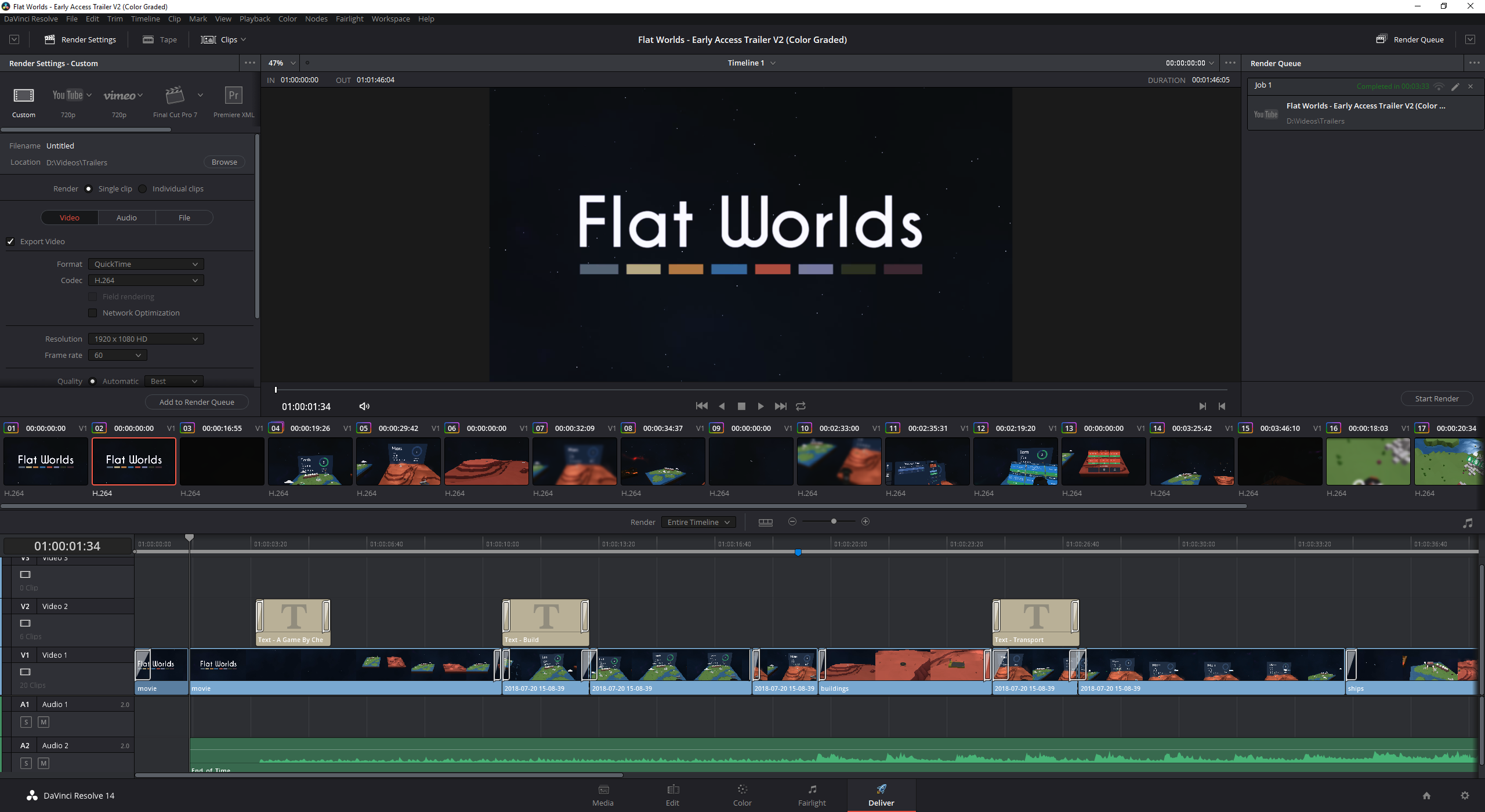 So sales are down and my dreams of having a community feedback engine to drive my development are being diminished.

What do I need to do? Get better at marketing. As a solo developer, I need to be an all-rounded, jack-of-all-trades person, I can't just stick my nose into my keyboard and hope good things will come about of it (but that's what marketing involves nowadays, ah nvm, you get the point).

One of the weak points of the current marketing setup is a lack of a decent trailer. The old one was made in a day, rushed post-release and was treated as more of an afterthought.

So we make a new trailer. Let's get to it then.

We need to map out the flow of a game of Flat Worlds. How does it start? Where does it lead? What are the core gameplay elements? Is there any candy?

Thinking out loud we get the following:

From this we can distill a few titles that the trailer will be based around.

The 'Expand' title got removed to streamline the trailer

Now this took a while and listening to music constantly with a certain level of scrutiny... gives me a damn headache.

The old track seemed to fit the whole space theme and with a low tempo, tried to instill the idea that this was a relaxing game. The track was even called 'Relaxer' (by The Grand Affair). Yet it didn't grab peoples attention.

That's when I realised it. It didn't matter so much if the music matched the style of the game (within reason). The focus of the trailer was to feed viewers enough information to gauge interest, and within a short space of time. Flat Worlds isn't a game that performs parkour, but its trailer needed to.

So I scoured the internet looking for music, paid or free, it didn't matter. What was needed was a genre suitable track that had a high enough tempo to keep viewers interested and enough variation for us to change scenes around.

After a few headaches I went to the YouTube audio library and dug up a nice little track under the Cinematic|Dramatic genre.

End of Time by Ugonna Onyekwe

After listening to the selected track numerous times. It was time to make a plan. 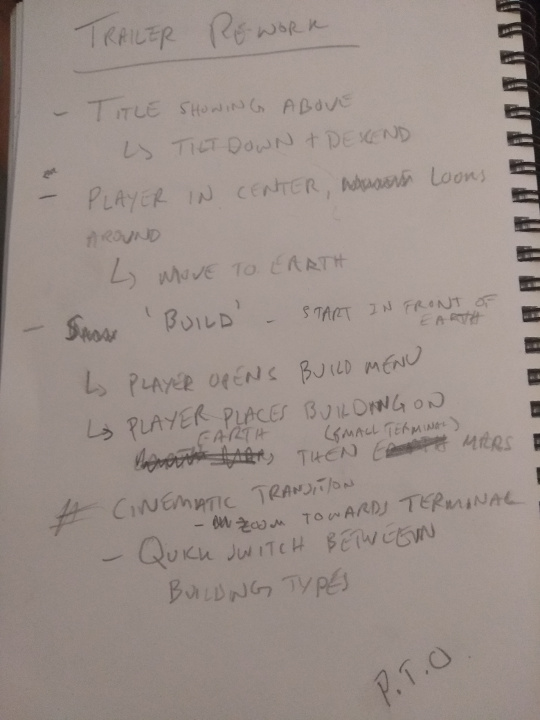 This is where we would decide step-by-step what happens and what is shown in the video. It was at this point that I would start marking different points of the audio track at which transitions would occur.

Now I'll bring up an issue here. As a solo dev with limited human contact, it has been suprisingly difficult to capture decent VR footage. The reason for this being that it doesn't exactly line up with what is displayed on the headset. Not being able to see what is being recorded makes things quite difficult. As a result, I've used the VR footage from the previous trailer.

To really make things different to the old trailer, I decided I would splice up the footage with non-VR, in-game footage. Now won't this be fun.

Moving out of captured VR gameplay footage and into non-VR in-engine footage brings power back into our hands. We are now gods that can create anything we desire.

These clips don't represent normal gameplay - they are there to help create a more cinematic experience.

Another objective of these clips is to show off content in the game - quickly and efficiently.

This doesn't mean that we can just scatter them anywhere, we have to pick points in the existing footage where it makes sense to transition.

I used a combination of Unity's Timeline, Cinemachine, and Recorder to capture this footage.

Color grading has been on my list for a while now. While there are premade solutions that color correct your game and allow you to select a certain look. I wanted to achieve this myself to give the game a more personal touch. The idea behind this is that it would give the game an overall more professional look. 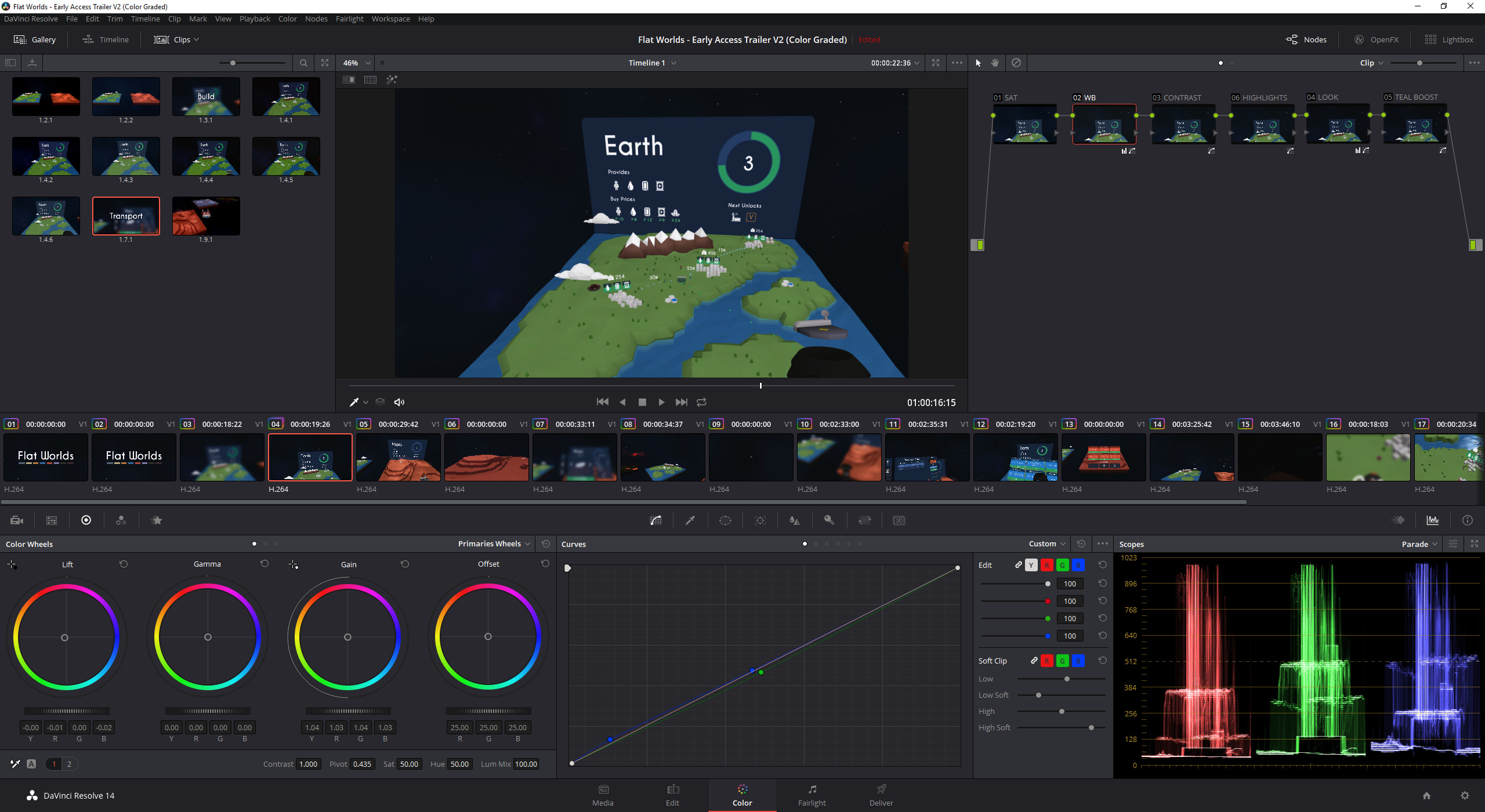 There's a problem here. I don't know how to color grade. Using DaVinci Resolve, I had no idea what all these dials and graphs did.

Solution? I took a course on Udemy.

I learned a lot. Granted some of the stuff was about making real-life footage look natural and then applying an artistic style to it. Here we already had something artificial and artistic that we wanted to bring under control.

I realised at this stage that Flat Worlds already had a style and a lot of the colors had already been selected based on color theory. What was left was tweaking the colors to be slightly more pleasing and bringing them into more acceptable ranges. Like the tutor said - if a color doesn't seem out of place, you've done your job. 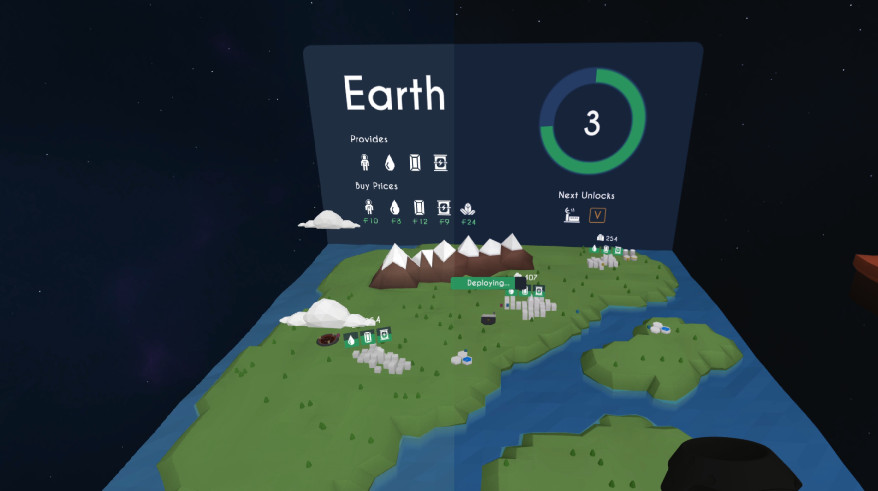 I would like to add that this color grading journey not only benefits the trailer but will be fed back into the game (via a LUT) in an update coming soonish.

Let me know what you think on YouTube, Reddit, Steam or wherever you've come from and seen this post. Oh and on Twitter now, because I've finally twittered up in this marketing effort (https://twitter.com/che_jami).

Titan has finally arrived as a new world for you to colonize. Like before, this comes with a new…

Huzzah! Mercury has finally been added to the pool of colonizable worlds. With a new world comes a new…