Finally got my hands on an Oculus Rift a few days ago and have now added more appropriate support in the 0.1.5a patch.

When I first fired up Flat Worlds, everything was a mess.

The controls were really off. Even the simple things; to click a button you had to hold the trigger for 2-3 seconds.

It works, and it makes sense, but for a game like Flat Worlds where each session can last potentially hours - this can cause serious User Fatigue. Pushing in a thumbstick just to move around takes its toll.

The controls needed to be smoother.

What I thought would take a day to do turned into a 2-3 day job as I unearthed more and more issues.

Don't reinvent the wheel. I fired up SteamVR Home to see how they handled movement. 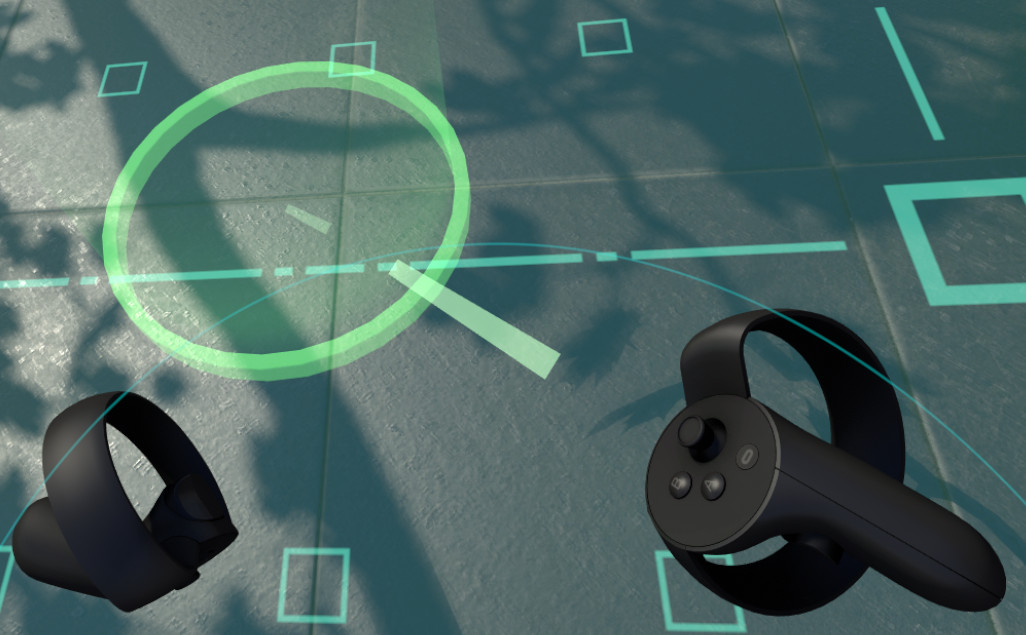 Push the thumbstick left and bam - you're suddenly facing 90 degrees to the left. Wait, what? Pushing it to the right obviously does the same but in the other direction. Okay.

I completely forgot about this, the Oculus Rift was geared to a more 180 degree experience. It was even in the Oculus setup - place both sensors on either side of your desk and face them forward. Hence, this kind of angle switching feature was a neccessity. 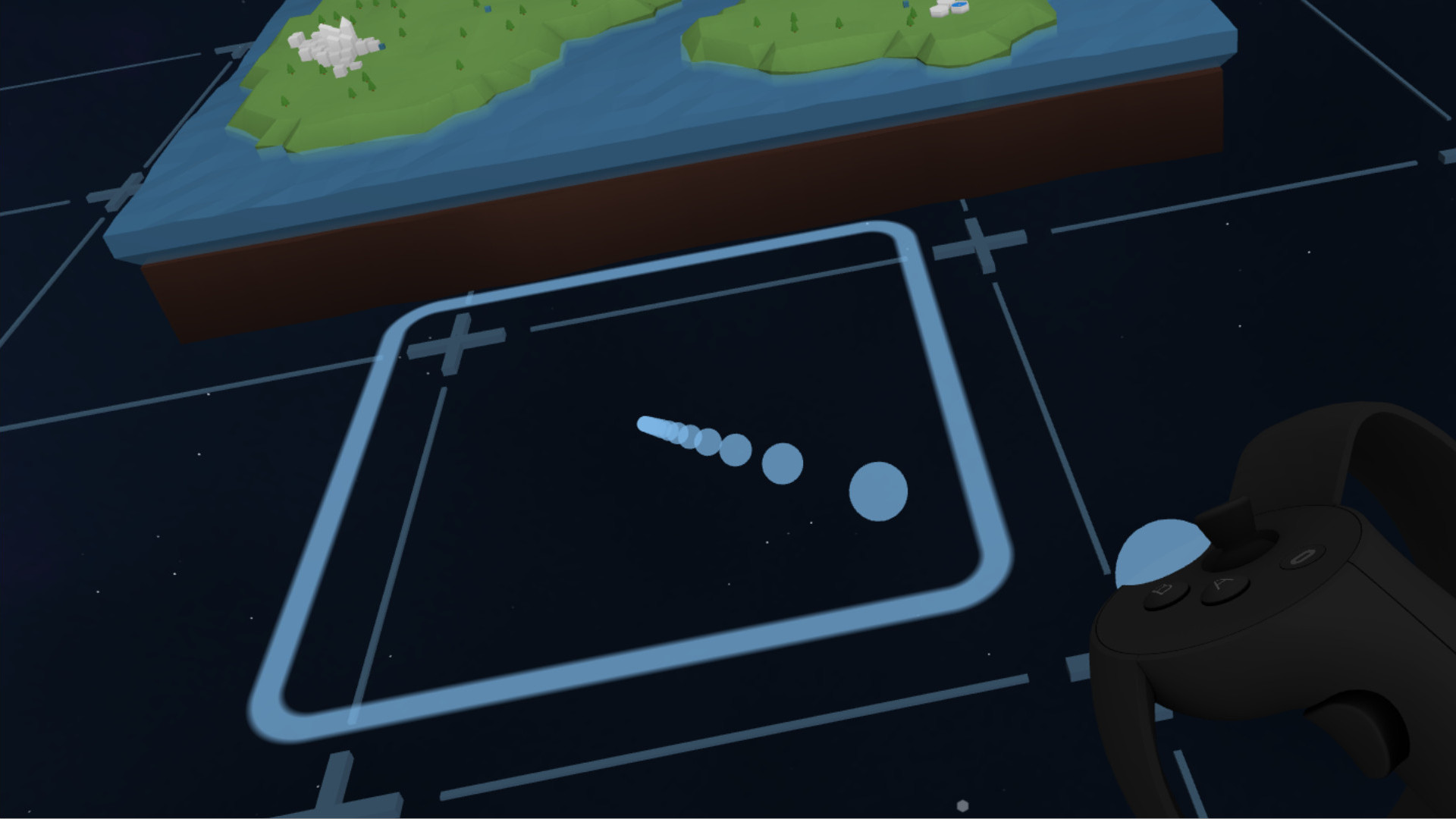 So I took what I learned and mimicked this behaviour in Flat Worlds. Unoriginal? Yes but the idea of this was to give users something they were probably already familiar with.

Placing game information around or on the controllers is cool (and hopefully practical), but from a development perspective this was probably a bad design choice. With every new controller (or shape) supported, these graphical elements have to be repositioned.

However, the game has already committed itself to this style. So I painstakingly had to reposition everything for the touch controllers. 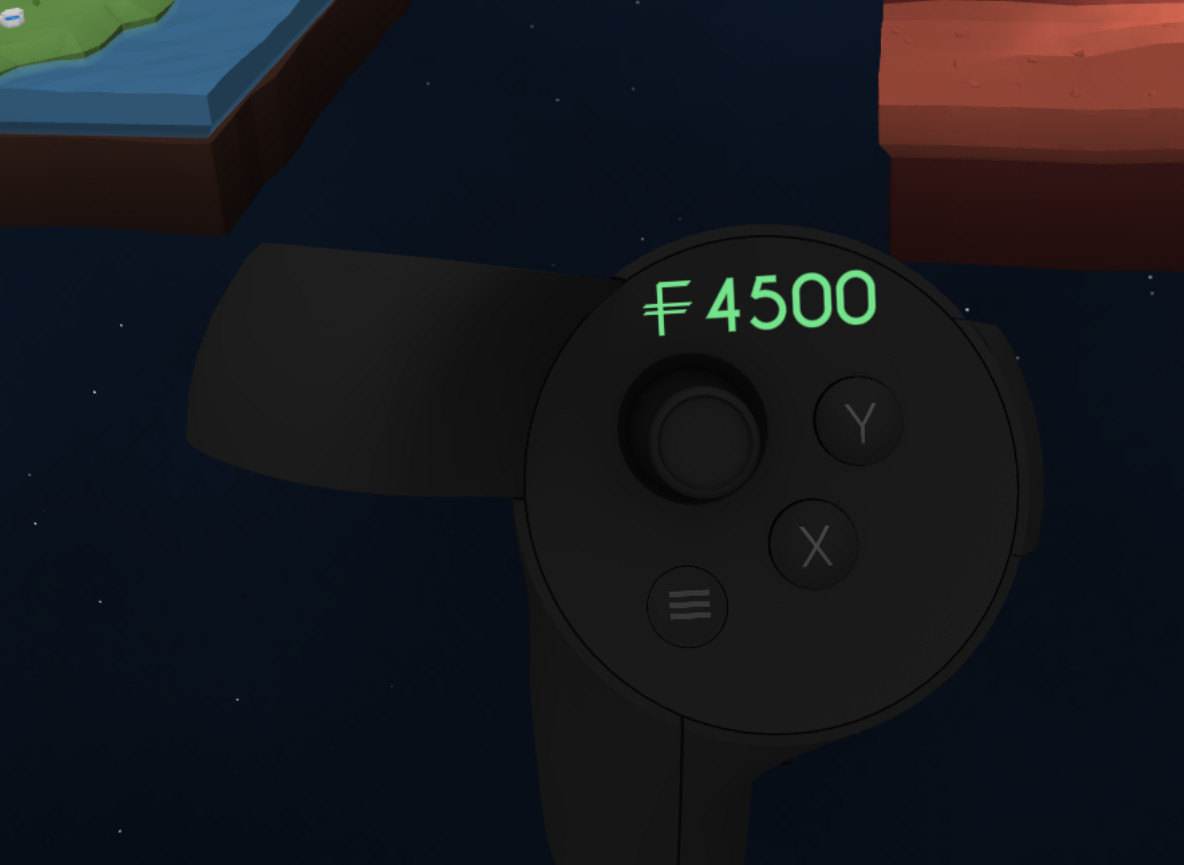 The solution I had was this, hide the controller and show a large menu when the thumbstick is moved. It felt fine for me, but the players will have to let me know if this was a good idea or not.

Also, learning from before with movement, menu selection is now done with a simple flick of the thumbstick (in the direction of the menu you want).

And so we have it, Flat Worlds now supports Oculus Touch controllers. The Oculus Rift and the HTC Vive hold a roughly 50/50 split of the majority of the PC VR market - so this was a step in the right direction. WMR? Maybe, but not soon.

Huzzah! Mercury has finally been added to the pool of colonizable worlds. With a new world comes a new…

Flat Worlds is now available on Steam as an Early Access Title. This coincides with a large update to…